In this article, we will discuss the best CPU Temperature Monitor Tools for windows. let’s start! As you know computer processors get crash or damaged when they get overheated. If a computer starts locking up, spontaneously shutting down, or act sluggish during intensive tasks, overheating could be the issue. For keeping a PC in good health, we need to monitor the system resources. Since we do a whole lot of stuff with our windows computers, monitoring system resources become an essential thing. Knowing the peaks of a computer’s limitations and capabilities can be a lifesaver in numerous situations. Running a computer at its full potential without overheating or damaging it, we need to monitor CPU temperature.

Did you notice your computer running slowly, shutting down randomly, or restarting? If so, then a high CPU temperature might be the issue. A CPU temperature should run between 30° to 40°C, with some touching 70° to 80°C. Anything above that, and you are asking for choking and miscarriage to occur. There are several reasons for the high CPU temperature. Some of them are stated below:

Keeping your PC clean can do wonders for the temperature gauges. Too much dirt can clog fans and heatsinks fins, which can cause a high temperature of a CPU.

After applying a thermal paste, if the CPU temperature didn’t decrease, then your heatsink may be improperly seated, which is causing the overheating problem.

Other causes that could produce CPU overheating issues include Malware infection and overlocking.

Using Core Temp is the straightforward and easiest way to monitor a CPU temperature. It is a small footprint, no fuss, compact, easy-to-use, and a powerful tool that makes it the best CPU temperature monitor tool. What makes it so unique is the way it works. This tool is capable of showing a temperature for each core of a processor in a system. Core Temp displays temperature fluctuations in real time with varying workloads. It also displays other vital information, including platform, processor model, and frequency. The tool is also a motherboard agnostic.

This small tool is so powerful and has several advantages. Some of them include;

If you are searching for the easiest yet the more efficient CPU temperature monitor, then you should use this tool. With its software, you don’t need to be familiar with computer system hardware before you can understand when they aren’t in an excellent working condition, mainly your CPU. SpeedFan doesn’t only measure the temperature of a CPU but also keep tabs of other vital CPU components. The interface of the application is straightforward for everyone. To get a graphical representation of the data that is analyzed, navigate the option “Charts.” There, you can choose the option “Display Performance Charts,” and using that option, and you can select which metrics you had like to see. SpeedFan is compatible with almost every operating system, and it is free of cost tool.

This small yet powerful tool has various useful options that make it one of the 10 best CPU monitor tools for windows. Some of them are given below; 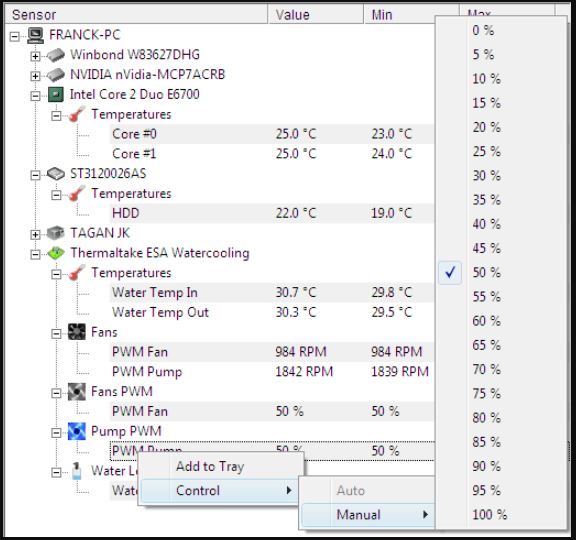 HWinfo is another amongst the 10 best CPU temperature monitor tools that are worth mentioning. This monitoring tool works in sensor mode and is capable of analyzing the whole computer system working condition, including the CPU. It is available in portable and installable versions for Windows users; an analysis report from this tool will expose any components that are consuming excessive power or producing much higher temperature.

This tool has several advantages, and because of that, we included it in the 10 best CPU temperature monitor tools for windows. Some of them are as under;

This is another excellent tool that is recognized to monitor the CPU temperature of a system. The tool analyzes the temperature of a CPU, how much voltage and power it has been using, and the fan speed. The tool has no issue of compatibility with IT tools and has more than 250 kinds of sensors. It has a neat and simple user interface program to use. There is an option of “SensorPanel,” which can be used for customizing the panel. Users can use this option to analyze the temperature of the system, along with some other details in a customized sequence. AIDA64 Extreme can be used both Windows 32 and 64-bit versions. The software tool is, however, not free as but users can still use it on a 30-days trial based period.

This tool has various advantages, and some of them are stated below;

Speccy is another one of the 10 best CPU temperature monitor tools for windows that scans and displays all of the computer’s hardware. It will display the processor model and brand as well as its performance. Through its various indicators, users can also see their CPU temperature. It is an essential tool if a user needs to keep an eye on its temperature state of the system. Speccy is amazingly compatible with almost every window version, and it doesn’t waste system resources while running. Another fantastic feature is that it provides temperature information about other components of a CPU. 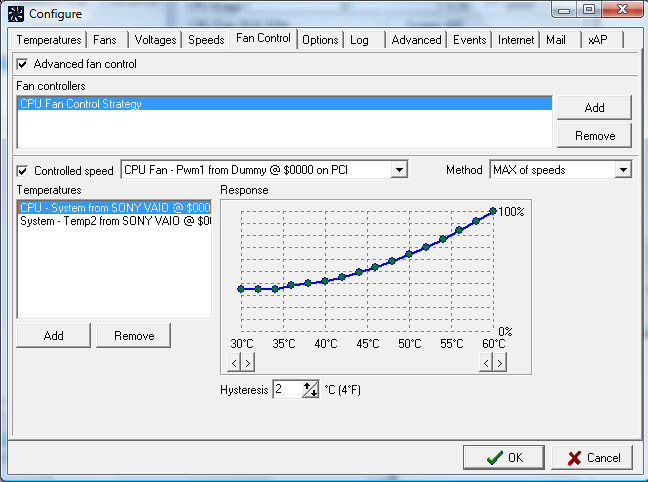 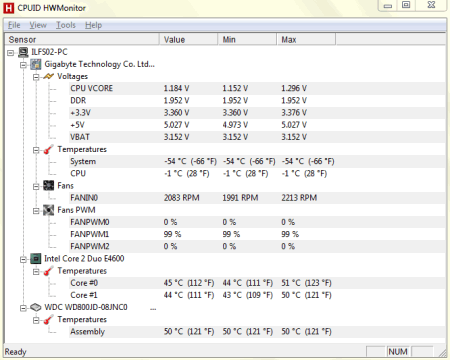 This is a small yet useful tool that displays your CPU performance. Some of its benefits include;

CPU Thermometer tool is also one of the 10 best CPU temperature monitor tools for windows, which works with Intel processors and AMD. An excellent thing about it is that it shows the CPU cores and their temperature, as well as it displays the CPU load capacity for each core as well, which makes it one of the best CPU monitoring tool that you should try.

It has several advantages, and some of them are listed below;

This tool displays streamlined analyzes of a CPU temperature that include the temperature for each core. However, it is only compatible with Intel Core processors and will not work with Pentium 4 or AMD processors.

Some of its benefits are listed below;

It is another popular software and amongst the 10 best CPU monitor tools for windows with a diverse skillset. It features an easy to read interface at a glance than several other CPU temperature monitoring tools.

The tool has various benefits for users, and some of them are mentioned below;

Open Hardware Monitor is also included in 10 best CPU temperature monitor tools for windows, which provides an easy interface for monitoring temperature sensors, fan speed, voltages, and the clock speeds of a system. It is compatible with almost every window versions, including Linux.

Some of its key benefits include;

This, too, should be the first choice for ASUS system users. It quickly displays the temperature of a CPU in real-time. The fundamental goal of this tool is to overlock and underlock a CPU. Because of its unique features, it is included in our 10 best CPU temperature monitor tools for windows.

It has various advantages, and some of them are as under;

Below are some FAQ,s asked by users;

Q: Why you use CPU temperature monitor tools?

Q: From where can you get a PC monitoring tool?

Ans: Several websites provide free PC monitoring tools free of cost. Users can use them to analyze their systems.