This is a game like second life which offers a unique opportunity to create a large social community to begin your own new life on an iOS or Android device. Create and add whatever you would prefer to get the ideal avatar that would have in mind and also have your own apartment.

One of the best things about Second Life is the diversity you find there. Including well…. a ton of beautiful women.

Now I like hanging out with the guys as much as anyone else but I like to talk to women and be around women. I miss it and notice when there are not any around.

Playstation Home on the other hand contains very few women because hardly any women own a PS3. Check out this video for an example of how scarce women are in Playstation Home:

Everyone looks pretty much the same in Playstation Home. Oh sure you can customize your avatar a little bit but try being an animal or a monster. 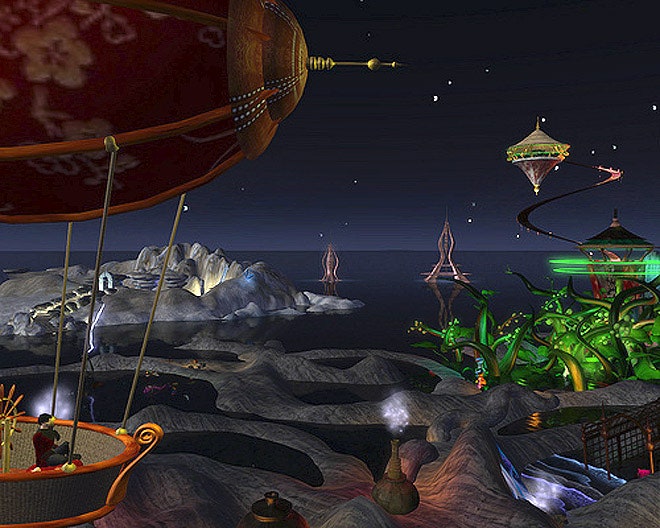 In Second Life you have a much wider range of character creation options for making your 3d avatar.

With Second Life you have a dedicated Teen Second Life Grid separate from the more adults only Second Life grid. This keeps the 13-17 year olds apart from the 18-70 year olds.

This is not the case in Playstation Home however. If you are 13-17 you do not usually want to interact with some old dude. And if you are 18-70 you do not want to be involved with the immature activities of teenage boys. PS3 Home creates a frustrating type of player interaction in many cases because of this as the below video illustrates.

4. Much Lower Number of Potential Users –

How many people have computers? Well most of those can play Second Life. Now how many fewer have a Sony Playstation 3? Of that much lower number many will be busy with other activities or games and will not be playing Playstation Home.

5. Not Enough to Do in Playstation Home –

For now you can run around, play some mini games, dance, chat, watch a small amount of movies, and that is about it.

Second Life lets you be an artist, run a business, make clothes, write applications, create 3d objects, fight each other, ride vehicles, plus all of the things in PS3 Home and much more.

Drive Your Car In Second Life

Second Life touts it’s modeling tools and scripting tools (Second Life uses Mono) and the fact that you own what you create in the virtual world.

Sony Home allows almost zero user created content. That makes things a lot less fun and forces you to rely on corporations and companies to provide the in game content which they will not do unless they get a return on their investment.

Some critics complain Second Life is mostly about making money. But there is NO WAY to make money in Playstation 3 Home. All the transactions are run through a Sony store. There is no way to create or obtain new items other than purchase and I don’t think you can even transfer items between players. 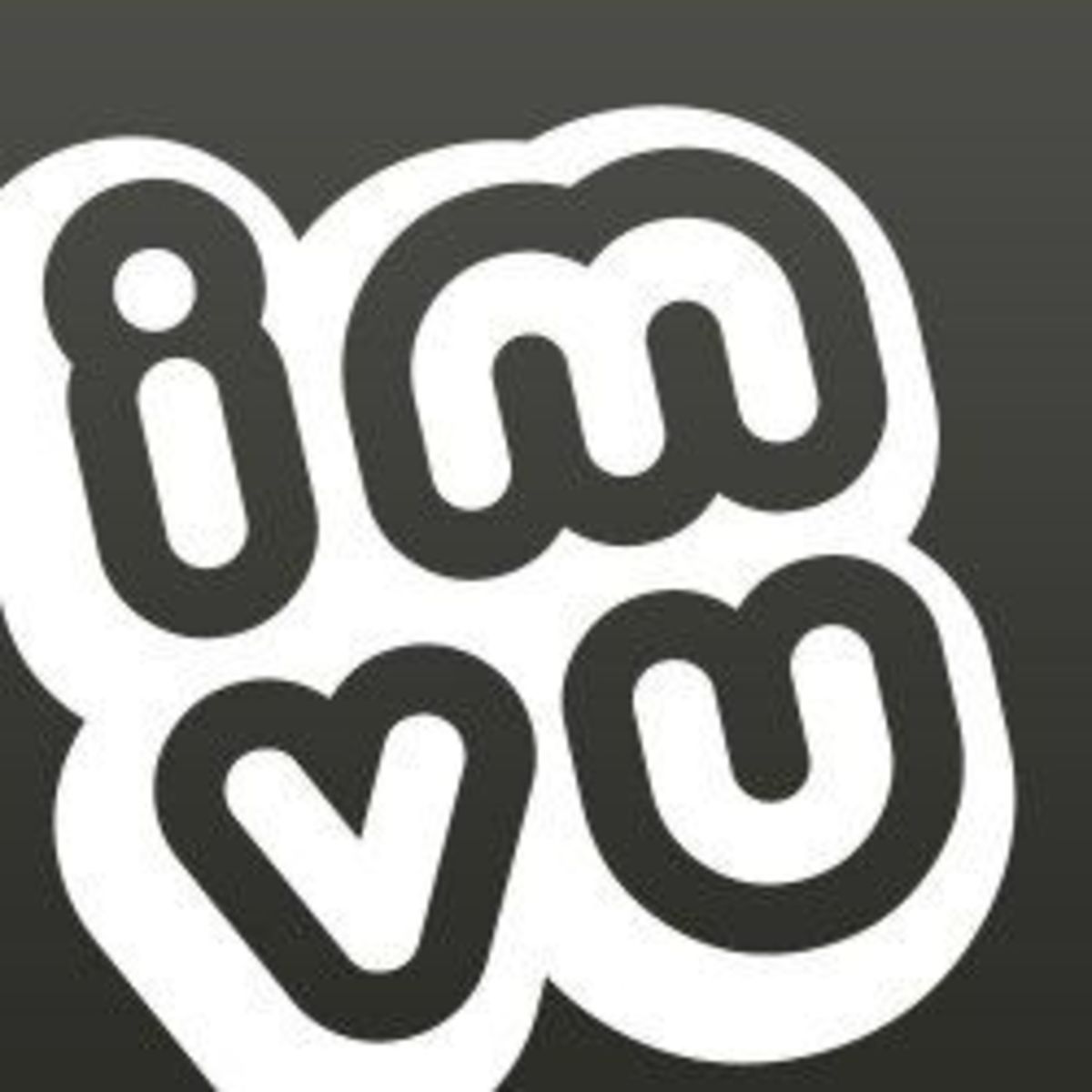 9. One of Many Priorities –

PS Home is just one of hundreds of other priorities whereas Second Life is Linden Labs only bread and butter. It will be hard for Sony to give PS Home the serious focus and priority that it really needs and they will be easily be distracted by other projects and budget cuts and employee layoffs.

When Second Life decided to move to Open Source it harnessed the power of tens of thousands of programmers. It has proved the right decision with many new upgrades, innovations, and stability quickly following. The fact that Sony holds the keys tightly to Playstation Home will limit growth and innovation in this virtual world.

No, I didn’t make the 2,100-mile trek to the Sundance Film Festival this year (I was too busy surveying the most underrated sci-fi epics of all-time). No slush and chaos for me.

But as I was perusing this year’s festival catalogue, looking for Techland-friendly titles, there were two that jumped out and grabbed my imagination. The first was the minimalist horror film Frozen, which you can read about here. The second was Life 2.0, a rather ambitious documentary by filmmaker Jason Spingarn-Koff.

Setting out to document the ways in which visitors use, rely on, become obsessed with and are bettered by the virtual universe Second Life, Spingarn-Koff presents audiences with an array of characters who force us to reconsider our assumptions about the ways in which the real world and virtual world are separated and defined. (check out more info about the film here)

We grabbed a few minutes with the director prior to his Sundance premiere:

Plenty of people have heard of Second Life, but what made you think there was enough here to form the thesis of a film?

It took about three and a half years to work on the film, and when I first started, there was a lot in the popular culture at the time concerning virtual worlds and the possible horizons of the internet. What I was amazed by was how sophisticated and immersive this was, how really quite bizarre the experience was to create my first avatar. I made him much different from me in the beginning – he was fat and had a mohawk and went around barefoot with these tiny little shorts. I just thought it was fun to create a different identity to meet people all over world.

But the more I thought about it, and the more I met other people in this universe, the more I realized how very rich and very important a space like this was, and I think it was only two days later that I reshaped my avatar into something that looked a little more like me. I tried to make it as transparent as possible, and decided that I really wanted to meet people and for them to know who I really was. That’s what started to change everything, this sense of self in Second Life.

That’s interesting – this notion of what’s fair and what’s not in a virtual world. You clearly didn’t want to lie to people.

I was dealing with things like that all the time. As a filmmaker, one of the fascinating issues was: Do I need permission to film people in this second world? Do they have the same types of rights as real people, or are they video game characters? The Electronic Frontier Foundation actually took on my film as a case study. But in many ways, that was the focus of the film: How does Second Life affect peoples’ real lives? How has it transformed reality and the question or what is real in a fundamental way?

Well how has it? 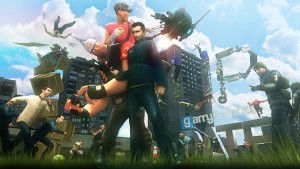 A few years into making the film, I started to recognize that this dichotomy was false, that the virtual world is really part of the real world and they aren’t separate things. What ultimately matters to us is what’s in our mind, and our relationships that are in our mind. And if you can make meaningful relationships in Second Life, then it’s a very fuzzy line, really, between what’s real and what’s not. They co-exist.

In the movie, I follow the stories of different people who help to expose and illuminate that fuzzy line. There’s the married man and woman who met in Second Life and only later attempted to meet in the real world. There’s a woman who is very talented and designs virtual homes in Second Life, and has turned it into a real business. But in the real world, she lives with her parents and is up 15 hours a day sitting at her computer, but then there’s a dramatic development where an avatar in Second Life is illegally copying her designs and selling them, and that leads to this trans-reality lawsuit where she tracks down the real person behind the avatar, who she claims is stealing tangible goods from her.

All of these stories create great sympathy for the people who are doing this, and the dramatic effects it has on their real-life relationships. There’s one character in the film who says he has actually found himself through Second Life…that’s the type of thing that technology opens up, this new window to the human condition.

(More on Techland: What We’re Looking Forward to in 2010: Sci-Fi Movies)

What was the thing you saw, in the making of this film, that gave you your most powerful revelation about the human condition?

There was a moment when a woman said that her memories of her husband were not all to be found in the real world. Her collection of memories include things in reality, and then also things in Second Life, and for me, that’s a whole new psychological concept that we haven’t even begun to explore. Then I met another character who thinks it’s really fun to give a tour of her house – her virtual house, which she considers her little slice of heaven. What does it mean, to have your dream house, but only in a virtual world?

Second Life is thriving. Many of the corporations who were there at the beginning have now left, there was more money flowing in 2009 than in 2008, and more concurrent users are using it today than there have ever been before. It’s time to look at the broader implications here.

Anything Better Than Second Life

More on Techland: iPhones and iPads –the all-time great hits and misses in the history of Apple.