Civilization 6 developers have revealed the newest DLC to be included in the New Frontier Pass. Some details are shared about the contents of the DLC pack, while other details will be shared closer to the release date. The six-part New Frontier Pass features new DLC bimonthly with new leaders, civilizations, and game modes.

The previous DLC pack released in July and featured the Ethiopian civilization and the Secret Societies game mode. The pack only contained one civilization, however also introduced alternate personas for Teddy Roosevelt and Catherine De Medici. Now, the new Civilization 6 DLC pack releasing on September 24th will feature two civilizations, a new game mode, and a new map.

The two new civilizations are Gaul and Byzantine, both located in Europe and included in the Roman Empire in ancient times. One of the mysteries of the new DLC pack is the leaders of the new civilizations. Because these European regions were so involved in historical conquests, it will be interesting to see who the leaders are. Gaul was a region with many leaders and cultures, and was occupied by different empires throughout history. Gaul started as a region inhabited by Celtic tribes, then was invaded by Rome, and nearly 500 years later Gaul was again conquered by the Franks.

Also included in the new DLC pack is the unique Dramatic Ages game mode. In this mode, every age advancement puts civilizations in either a Dark Age or a Golden Age. Based on the Era Score, loyalty pressure will be granted when advancing an age and new Dark and Golden Age policy cards will appear for every new age entered. While a Golden Age will give your civilizations boosts to citizen loyalty, Dark Ages will cause citizens to rebel and experience unrest.

The upcoming DLC for the New Frontier Pass will also add a new map script called Highlands. The Highlands will consist of hill and mountains, giving players a new strategical challenge. The pack will also feature the two new World Wonders, the Biosphere and the Statue of Zeus. The Biosphere will grant bonuses based on adjacent marsh and rainforest tiles and the Statue of Zeus will grant free military units and grants a bonus to anti-cavalry production. Although the leaders for the DLC pack have no been announced, the other content is very exciting and will add different game situations for Civilization 6 players. 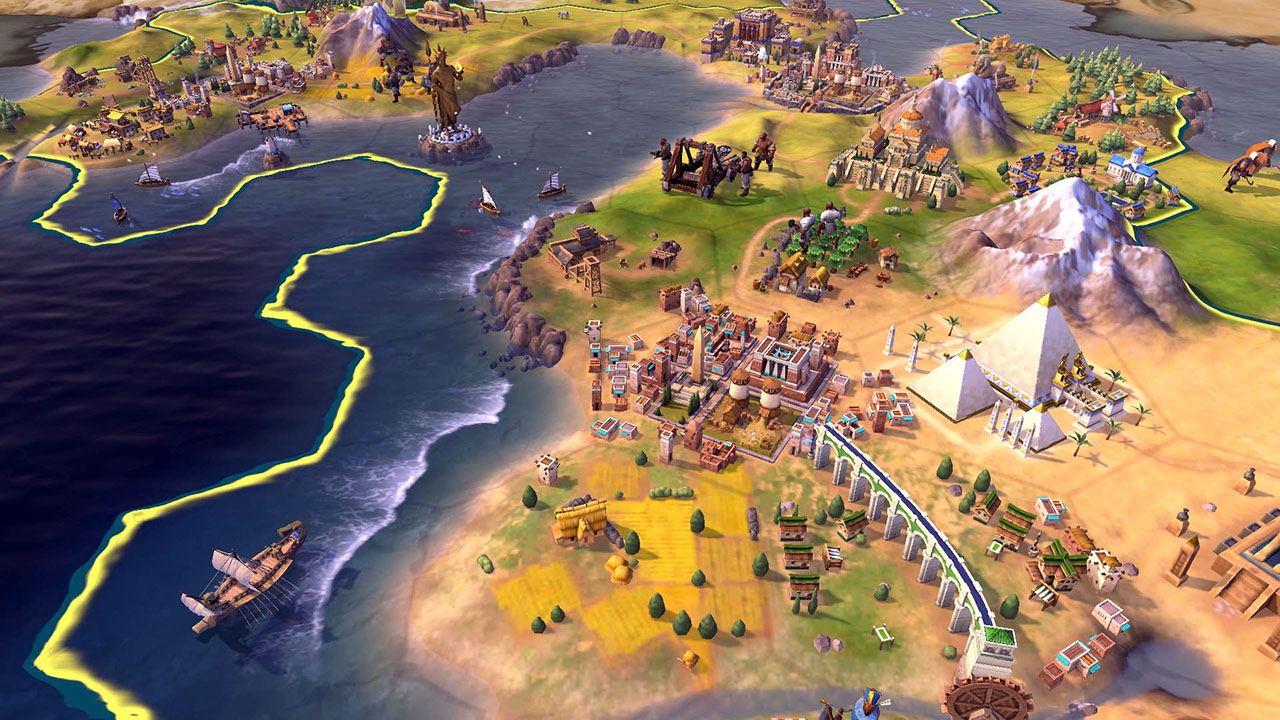 MORE: Civilization 6: New World Wonders That Would Be Great To See In The New Frontier Pass