Why should I sync my iPhone with my iPad?

It’s hard enough to coordinate and manage the files on your computer and smartphone. Add a tablet to the mix, and suddenly it’s like you’re navigating your own digital labyrinth. You want to easily access any of your files from any of your devices, but making that a reality can be tricky if you’re going in blind.

Syncing an iPad or iPhone with a computer is fairly straightforward, but syncing the two together can be more complicated. So, let’s take a look at some of the reasons you would want to sync your iPhone with your iPad.

An iPad is a lot more than a larger iPhone. There are plenty of reasons why you might use one over the other depending on the task at hand while wanting the same files accessible on each.

For instance, if you’re an illustrator you find it’s a lot easier to draw on the larger surface of the iPad. However, once you’ve created your masterpiece, you want to share it with the world on Instagram. Because Instagram on an iPad doesn’t offer the most fluid user experience, you might want to use the app on your phone instead. Perhaps it’s the other way around—the camera is better on your iPhone, but you prefer to edit videos on iPad.

It’s not only about being able to switch between devices without losing progress. It’s about accessing your stuff no matter where you are. While it’s likely you have your phone with you when you’re out and about, there are probably times you don’t have your tablet. You want to know that all your files, be it your work, photos, music, or otherwise, are easily accessible on whichever device you have.

It’s also a matter of organization. Sifting through various folders on various devices to find that one photo you need is time-consuming and unnecessary. It’s more efficient having all your files together in one place that you can access from all devices.

Some of the files you’d want accessible on any device include: 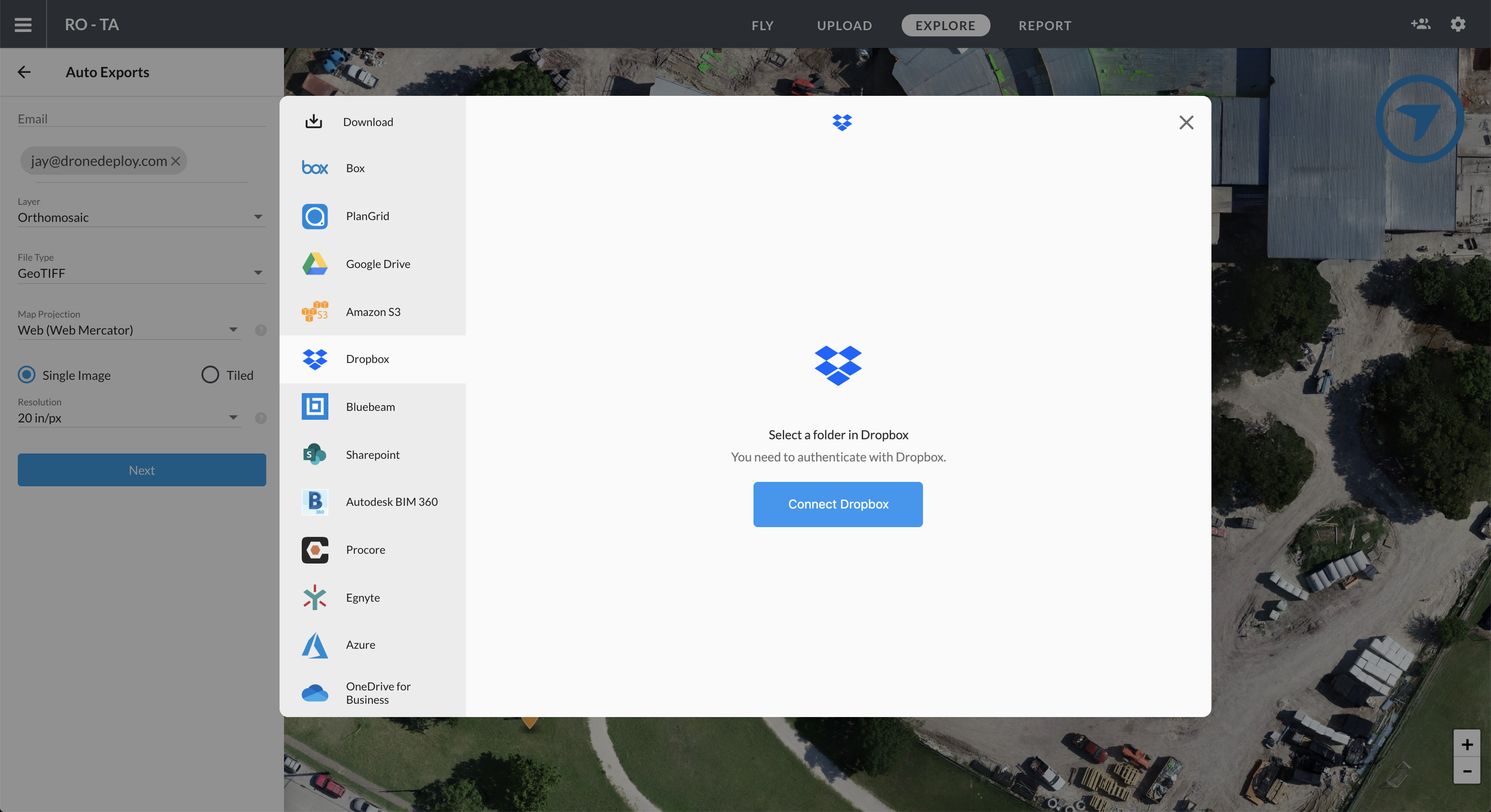 Syncing your iPhone and iPad isn’t as simple as it is to sync either of them with your computer. Plus, Apple doesn’t produce any cables that connect iPads with iPhones, so to do it, you’ll need to use the internet.

How to sync iPhone to iPad wirelessly using iCloud

Unfortunately, using iCloud to sync everything instantly isn’t as simple as you’d hope. To do so, you’ll need to go through the Settings app on both devices and manually decide which apps and content you want in sync.

With all your settings adjusted, any change made on a synced app updates across the board. For instance, if you add a calendar entry on your iPhone, your iPad calendar will update accordingly.

It’s important to note that the above method allows you to sync specific app data between your iPhone and iPad but not sync all content completely. If you’ve already been using both devices and have different files saved on each, you can’t instantly merge them. If you wanted to sync everything in one fell swoop, you’d need to restore one device to its factory settings, deleting all of its content in the process.

However, if one of your devices is brand new, it’s easier to replicate content from the other device by creating an iCloud Backup of the source device and restoring that backup on the new device when you set it up. This will sync almost all data between your two devices, except for any files already stored in iCloud (e.g., Contacts, Notes, iCloud Photos, Messages), your Touch ID and Apple Pay settings, and your iCloud Music Library.

iCloud Photos and iCloud Music Library are separate parts of iCloud that you’ll need to turn on manually. There are some disadvantages to using iCloud to sync your photos, videos, and music across devices, though, which we’ll explore below.

The problems of using iCloud to sync iPhone and iPad

While you might assume iCloud to be the most reliable way to sync your iPad and iPhone, that’s not necessarily the case. As we mentioned, the process is not as seamless as you might expect, especially if you already have different content on each device.

Plus, iCloud is not the most user-friendly service if you’re using a non-Apple device. Keeping everything in iCloud can become an issue if you switch to an Android device down the line or if your computer isn’t a Mac. You can still use iCloud to some extent on non-Apple devices, but it’s limited.

While iCloud storage offers 5GB of free space, that space is used not just for your personal files but also for other large files like backups, so it quickly adds up. Once you run out of free space on iCloud, keeping your devices in sync becomes infeasible. Regardless of which option you choose, with iCloud Photos, if you delete a photo from your iPhone or iPad, it’ll also be deleted from iCloud, and vice versa, which can lead to you accidentally losing important photos and videos.

iCloud Music Library poses similar risks. It doesn’t support Family Sharing—iCloud is designed primarily for personal use, so sharing and collaborating on files is limited. Things can also get complicated if you’re trying to upload duplicate songs or songs not downloaded from iTunes. Like with iCloud Photos, it can become difficult to decipher which files are stored locally or in the cloud, and if you had different songs downloaded on each device, merging them can be tedious.

You may still want to keep certain things in sync using your Apple ID. You can still sync contacts from iPhone to iPad and things like your calendar, notes, and apps, but for your personal media and documents, there are better options that allow for more seamless, flexible file management.

The easiest way to ensure your iPhone and iPad stay in sync would be to use Dropbox as your primary means of storage. With the Dropbox iOS app, you can automatically transfer your files from your iPhone or iPad directly to your Dropbox.

Dropbox will contain all of your files, which you can easily access on any device with an internet connection. Dropbox not only allows for more flexibility, but it saves a lot of space on your device. You can keep all of your files stored in the cloud and only download files to your device if you need to edit them or need them temporarily available offline. You can even edit Microsoft Office files directly through the Dropbox iOS app, so you won’t need to store them locally while you work on them.

You can also turn on camera uploads. This allows Dropbox to upload photos even with the app closed, so you can delete them from your device entirely once they’re secure in the cloud.

The file recovery feature means there’s no risk of deleting a photo or song from your iPhone and losing it altogether like there would be if you were to use iCloud. Dropbox makes sharing and collaborating on files easier than ever.

You can use Dropbox as your photo library, too. That way, not only are your files synced between your iPhone and iPad, but you’ll also be able to access them from any device with an internet connection.

Access Dropbox in the Files app on iPhone and iPad

Every iPadOS and iOS device comes with Apple’s Files app pre-installed. Whenever you create or download a file on your iPhone or iPad, it’s saved to the Files app, whether it’s stored locally or in the cloud. What you may not know is that your Dropbox folders are automatically added to the Files app, so that you can access all of your files from one place.

Having Dropbox in Files makes it easier than ever to keep your files on the cloud while still allowing quick and easy access. It’s also easy to move files from your device or from iCloud over to Dropbox through the Files app.

Get Dropbox in Files app:

1. Download the Dropbox iOS app from the app store.

2. The Files app will automatically create a Dropbox folder under “Locations.”

3. Your Dropbox folder will remain in the Files app and update automatically so long as you have the Dropbox app on your phone.

Through the Files app, you can browse, view, download, copy, move, rename, and edit files in your Dropbox, and upload files directly to your Dropbox folder from supported apps.

Skip the hassle and restrictions of syncing over iCloud. With your iPad and iPhone files moved over to Dropbox, you’ll be able to access them from not just those two devices but absolutely any device that can get online.

With Dropbox, you can access the same version of a file on any computer, phone, or tablet that you’ve linked to your account. We call this ”sync,' and it’s core to what Dropbox does. With sync, the latest versions of files are always available on all your devices.

You can sync files in three quick steps:

If you've already installed Dropbox, simply add files to the Dropbox folder to automatically sync the files to Dropbox. If you’re syncing your account for the very first time, it may take a few minutes to complete. Once the process finishes, you'll find your files in the Dropbox app on each device connected to your account.

Important things to know about sync Use the same Dropbox account on all your devices

When installing Dropbox, you’ll be prompted to either sign in or create a new account. You only need one account no matter how many devices you want to keep in sync. In order for files to sync, you must sign in using the same email address and password on each device you’d like to link to your Dropbox account.

The 'Dropbox' folder on your computer’s hard drive

No manual uploading or downloading is required

The Dropbox service monitors the Dropbox folder on your computer and the Dropbox mobile apps. If there’s a change—a new file or folder, or an edit to an existing file or folder—Dropbox will automatically sync those changes. No manual uploading is downloading is required. This means that sync happens automatically, as long as you have an active internet connection, you have the Dropbox desktop app installed, and you’re signed in.

If you’re offline, files will sync as soon as the device is online again

And don't worry about shutting down Dropbox while a sync is in progress. It will simply resume where it left off once Dropbox is running again.

Dropbox prioritizes syncing (or uploads) by file size, starting first with folders and the smallest files in them. This way, you don't have to worry about your smaller files getting stuck behind larger ones when syncing.

Dropbox can only sync the files that are in the Dropbox folder, or in the Dropbox mobile apps. After moving a file or folder into Dropbox, you can create a shortcut in the original location to access the files from there. However, this doesn't work the other way around. Creating a shortcut in your Dropbox folder to access files in their original location isn't supported by Dropbox.

Syncing over Wi-Fi and cellular networks

The mobile app syncs based on the type of network your phone or tablet is connected to.

On a Wi-Fi network:

On a cellular network:

If you need your files when a network isn’t available, make your important files available offline.