More prevalent online today than even political opinions or cats, video advertisements dominate the internet. Digital ad spending in the U.S. is forecasted to increase 15.9% this year to $83 billion dollars. TV ad spending was less than $72 billion in 2016, which means the advertising industry has officially decided the internet is the best way to reach their customers (Adweek, Emarketer).

As platforms open up their video capabilities, and as app developers inevitably come up with new ways to create, share, and distribute videos, our once comfortable 16×9 aspect ratio is quickly losing ground. Square (1:1) videos have become the standard for social media videos, as they easily fit into timelines and work across multiple platforms like Facebook, Instagram, and Twitter; but vertical 9×16 videos are quickly gaining ground thanks to advertisers’ growing access to Snapchat’s 158 million daily users (Business Insider).

Editors these days can often find themselves where one video for a client quickly turns into several deliverables—one for each platform. If you haven’t yet been asked for a 1:1 or 9:16 deliverable, just wait. Love it or hate it, it’s coming, with the force of capitalism driving it on. I remember one project I did for LEGO—I was making four social videos and it suddenly turned into 36 deliverables! Three different end-cards was not so bad—but then you factor in the three orientations for each video and end-card.

More assets definitely mean more challenges, and inevitably more issues (Murphy’s Law anyone?). But having an efficient workflow can save you time and frustration. Keep reading to see some steps and tips to save time and cut down on as many adjustments as possible.

The web’s top sites for video ads run a few different orientations these days, and to confuse things even further, a few platforms regularly run multiple video orientations. Pinterest, for instance, runs video ads at both 1:1 and vertical 9×16, while Facebook runs video ads in 1:1, 9×16, AND 16×9. Having the capability and using it are different though. 1:1 and 16×9 video assets will work natively on more platforms, so it makes sense to avoid creating vertical assets for Facebook unless they will also run on Snapchat or Pinterest. As you can tell from the varied aspects, we will have to scale our videos up to go from Widescreen.

Here’s a quick cheat sheet to the biggest platforms and the orientations of video ads they run:

Social Media is all about timelines and newsfeeds—continuously updating lists of posts by you and your friends that you scroll through. Not only does this means your content will be competing for your viewers’ attention with short clips and pictures, but also that most people will scroll by your video while it is still muted.

To stand out, social media clips need to be visually stimulating enough to grab people’s attention in just a few seconds as they are scrolled past without audio. Pacing and striking imagery will play a large part in this—get right into your action and use short clips and quick cuts to catch the viewer’s eye. Go through your original video, and make sure you are showcasing the most visually striking shots and broll early in your edit.

One of the harder things about creating social media cuts is the short length required by some platforms, like Instagram at 60 seconds and Snapchat at 10 seconds or less. I have learned a few tips over the years for trimming down videos to these lengths.

The first is to avoid talking heads and interview shots. You can still use dialogue or interview audio, but put it under visually striking or exciting clips or b-roll. If you are required to put in a subject speaking, use a j-cut or l-cut where you cut away from your subject while they’re speaking but keep their audio going under another shot to show more in less time. Named for the shapes they create on your timeline, a J-cut is when sound of the next clip precedes its picture, while in an L-cut the picture changes the but audio from the first clip continues.

The other thing you can do to refocus your edit to a shorter length is to focus in on a specific sound bite or two. If your original video has some good one liners or powerful comments, try to make a short clip that plays one up. This is especially helpful for short 6- to 10-second previews for Snapchat, where you do not have enough time to structure a narrative or cut to music.

If you will be delivering a 16×9 version of your video, start there. This way you will have the least amount of adjustments to make once you move on to yourother assets.

Go ahead and edit your video as you normally would, including your graphics and titles. Once you are picture locked, you will start making the other assets. If you won’t be delivering anything in Square (1:1) , skip ahead to step 3, otherwise continue to the next step.

Create your square asset next to minimize the amount of resizing and repositioning of your clips, titles, and graphics. Duplicate your picture locked 16×9 sequence, and open its sequence settings to change the dimensions from widescreen to 1080px by 1080px.

If most of your action takes place in the center of your frame, you may not have to reframe many of your shots at all when moving from widescreen to square. If more of your action takes place on the sides of frame, you will have to go through your shots and reposition them with the x-axis of the “position” attribute. A time saving tip here if you are in Premiere is to copy and “paste attributes” across all instances of the same clip in your timeline. Right click and “copy” a clip that you have repositioned, and then select all the clips you want to paste the clips position settings to, right click and select “paste attributes.” Premiere will then ask you to check off which attributes you want to paste; select “Motion” to paste the position attributes.

Next, adjust your graphics and titles to fit into your new aspect ratio by scaling them down.

Vertical assets will be your last step. If you have already created square assets, then your titles and graphics will already be the right size and width to fit in this frame. To take advantage of this, duplicate your 1:1 sequence and adjust its dimensions to 1080px by 1920px. If you did not have square assets, go ahead and duplicate your 16×9 sequence.

Ideally if you are going to have a vertical edit, your project was shot in 4k or high res as the next step is to scale up your footage to fill the extra vertical space of the new frame size. If your footage is only 1080p, confirm with your producer, but generally most clients are ok with scaling up 1080p footage for Snapchat since it only runs on small phone screens anyway. Go ahead and scale up your footage—typically 178%-180% does the trick, but that also means you could run into some framing issues when coming from Widescreen.

Go through your shots and resize them with the “scale” attribute. Once you’ve done this, use x-axis of the “position” attribute to move the clip left and right as necessary to properly frame your shot. To keep your subject in frame, you may have to keyframe the x-axis attribute; or alternatively, you can scale up the video further to 200% splitting the image into two equal halves that you cut between instead of panning across with the x-position attribute. Again copy and paste attributes across any similar shots if you are editing in Premiere to save time.

As more social platforms default their videos to mute, understanding subtitling can help your videos perform their best.

SRT files are the standard for subtitling and you can upload them along with your video on most platforms. They can be made easily in a basic word editor such as Mac’s TextEdit or Windows’ Notepad if you get to understand their formatting. This article from Techwalla gives a great walkthrough about making these properly.

Facebook now has a tool for video in which it uses vocal recognition to auto-generate subtitles for you. It works well enough that I typically ignore the .SRT route if my videos final destination is Facebook.

It’s important to remember that Snapchat ads have their own rules. While vertical, Snapchat requires ads to be a loop between 3 and 10 seconds long, though 4 – 6 seconds is recommended. Be sure to double check with your manager or client what length they are expecting.

Tip: loop your sequence in Premiere.

Click the gear icon on the right side of the Program Window, and toggle on the loop function by selecting ‘Loop’ from the dropdown:

Some clients may have you make social media edits out of finished videos, instead of a project you can open up and scale text and graphics as needed. When this is this case, text and graphics probably will not fit on screen in every orientation. Avoid these shots or scale them up enough to frame out the text or graphics—this way you will have a clean shot you can use in your edit and add your own text and graphics too as necessary while retaining control over their size, position, and consistency across your videos. 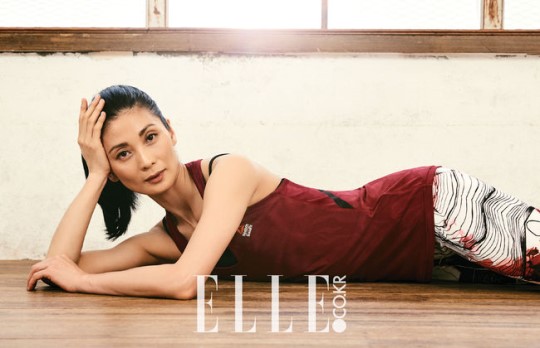 When it comes time to export, you will need to double check your platform’s specifics again. For most web video, h.264 is a good bet; but as the old idiom goes, “It’s better to be safe than sorry.” In most NLEs, it’s quick and easy to save settings as a preset, so go ahead and create and name one for each of these platforms as you set them up to export by clicking the first button to the right of the ‘Preset’ dropdown: In addition to a specific aspect ratios, each platform has its own requirements for file types, resolutions, and framerates as well. These can change as the site or apps are updated, so it is important to keep up to date with industry news, or double check these specifications each time to make sure you do not run into any problems.

Tip: For most instances, Premiere and Media Encoder’s h.264 preset ‘Match Source – High Bitrate’ is a great choice for web exports if your sequence settings are accurate. It’s simple, versatile, and great quality for the file size.

In The Real World

In reality, your post supervisors and/or clients may ask for these assets in a less ideal order, which can throw a wrench in your productivity and lead to endless cycles of re-exporting dozens of versions over and over again. If possible, discuss this workflow with them ahead of time so they understand that the widescreen asset is still the main asset that the socials will be created from, and therefore should be picture-locked first to avoid having to update and re-export all of your socials with each edit to the widescreen video.

Knowing your specs or how to find them, making your 16×9 asset first, and creating and using export presets will maximize your efficiency when creating deliverables for multiple social media platforms at once.

As the speed of digital ad spending increases, and businesses find innovative new ways to place their videos thanks to a plethora of available aspect ratios, expect to see video ads on platforms you never expected. When that happens, a whole new world of editing opportunities will be opened for you.