Apple relied on the Fusion drive for years as an affordable middle option between a slow but affordable high-capacity hard disk drive and a fast but expensive high-capacity SSD. The Fusion drive pairs an SSD with very few gigabytes with a much larger HDD. macOS treats the Fusion drive as one logical device, displaying it as a single drive in the Finder. But behind the scenes, it automatically optimizes file storage, so the most frequently accessed files are shifted over time to your SSD, while the HDD holds less-used ones. This is why your Fusion drive Mac can start up quickly, but still be a slug when using Photoshop to edit large images.

This seamless and invisible management is nothing like having two separate drives—it’s a stitched-together hybrid. As a result, you can’t separate the two just by upgrading one part without a lot of fancy interactions. And most Macs with Fusion drives have an SSD installed that is difficult to access or is build into the motherboard; the HDD is often quite difficult to access and swap out, or may be impossible to remove.

If your plan is to change out either or both parts, however, start by cloning your Fusion drive to an external drive using Disk Utility, Shirt Pocket’s SuperDuper, or Bombich Software’s Carbon Copy Cloner with Catalina or earlier versions of macOS. Big Sur adds complexity to cloning; read this post at Bombich Software and this at Shirt Pocket for more on the issue. (Macs with Apple’s M1 silicon can’t be cloned fully yet, but no M1 Mac comes with a Fusion drive.)

Apple offers a detailed guide on splitting and restoring Fusion drives that should help if you want to knit back together one or two upgraded components. 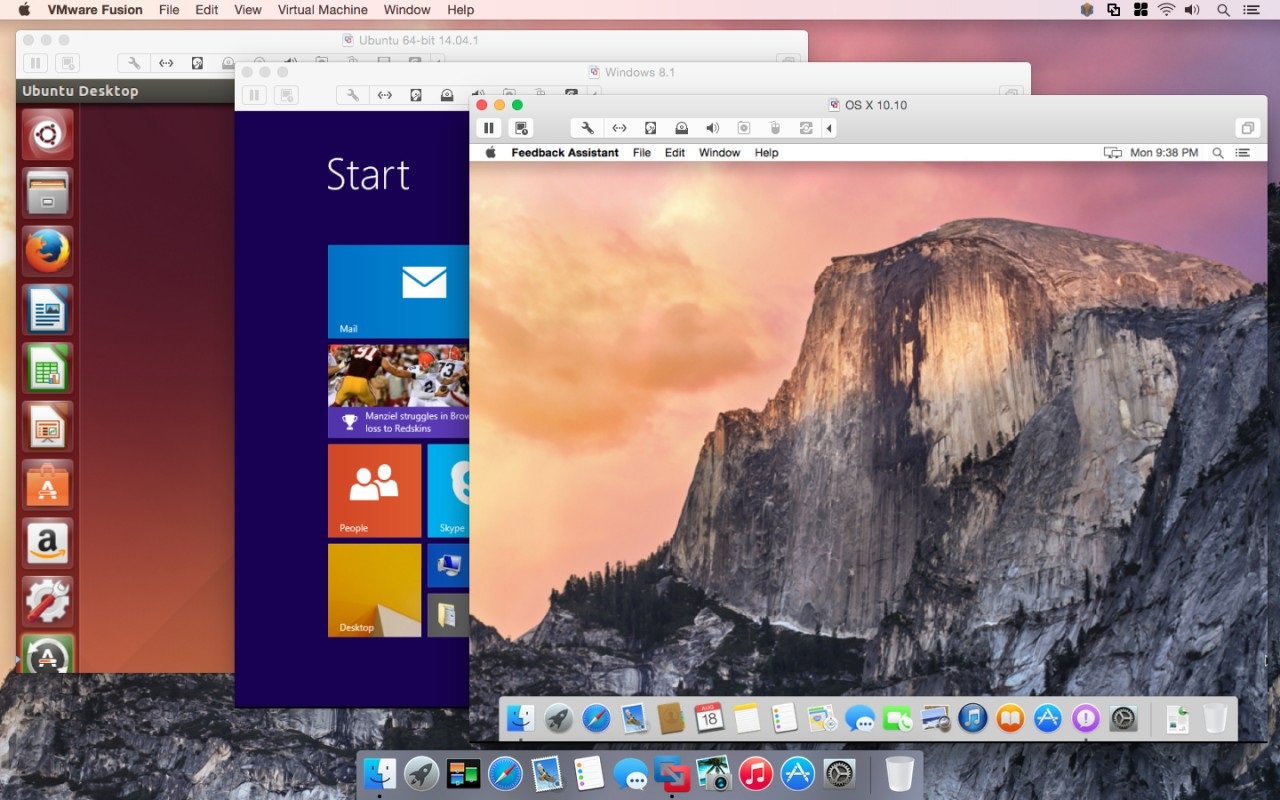 This Mac 911 article is in response to a question submitted by Macworld reader John.

We’ve compiled a list of the questions we get asked most frequently along with answers and links to columns: read our super FAQ to see if your question is covered. If not, we’re always looking for new problems to solve! Email yours to [email protected] including screen captures as appropriate, and whether you want your full name used. Not every question will be answered, we don’t reply to email, and we cannot provide direct troubleshooting advice.

Michael Roy, giving an update on how development work on Fusion of Apple silicon is going:

You can see here that I have 7 ARM VMs booted at once… 2 are CLI only (Photon and BSD), the others are full desktops… each is configured with 4CPU and 8GB of RAM. 6 different Linux flavors and 1 FreeBSD… MacBook Air. On battery. No fans. Yep.

Of course, just booting a bunch of VMs that are mostly idle isn’t quite a ‘real world experience’, nor is it the same as doing some of the stress testing that we perform in the leadup to a release. Even with that said, and note that I’m using ‘debug’ builds which perform slower, in my 12 years at VMware I’ve never seen VMs boot and run like this. So we’re very encouraged by our early results, and seriously can’t wait to get it on every Apple silicon equipped Mac out there.

That’s the experience I had hoped for, but there’s some bad news too, at least for some users:

Of course, users are expecting to run Windows in a virtual machine, much like we’ve been used to for many years now. With Windows on ARM however, this presents a unique situation, particularly as it relates to Licensing.

That’s not new news, and I hope Microsoft moves on this soon, but even if they do, Fusion users won’t be able to run non-Arm versions of Windows:

So, to be a bit blunt, running x86 operating systems on Apple silicon is not something we are planning to deliver with this project. Installing Windows or Linux from an x86 ISO, for example, will not work.