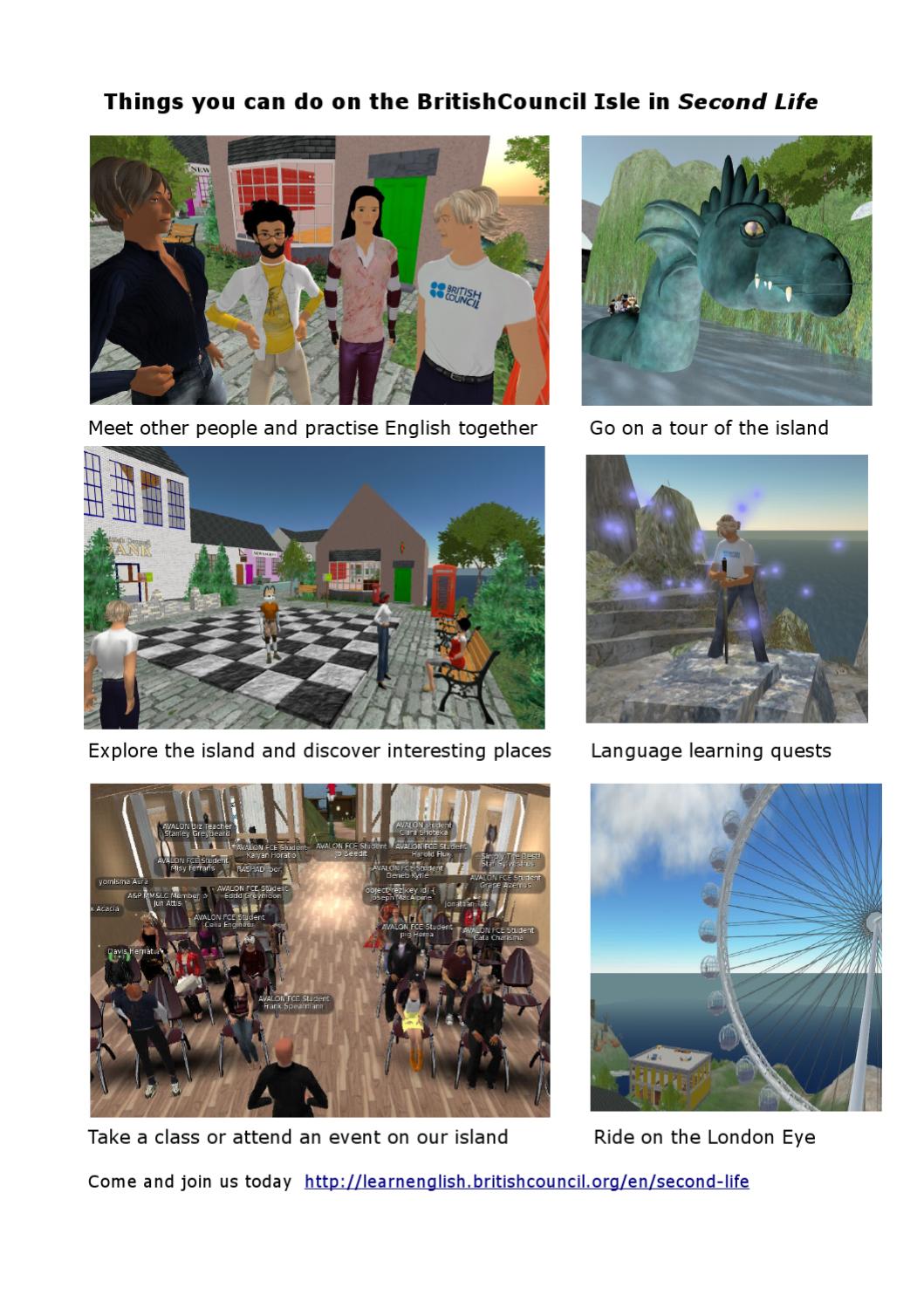 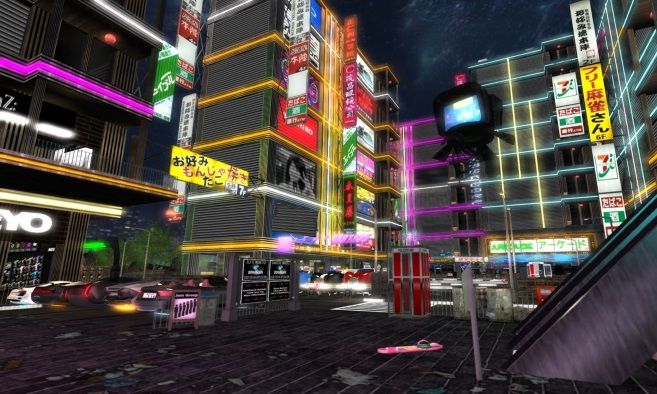 On the screen of my overheated computer, I was staring at an endless horizon of sky and water and islands and small buildings, designed to look realistic but giving themselves away with too-sharp edges and unblended colors. I was here in Second Life to meet with Meri, who had invited me to this plot of land to speak with her, but I revealed my amateur status when I began the interview by falling off the dock and into the cove below. She’d offered me a seat, and now I was running around in the depths of the water, trying to find my way back out. The problem was, I didn’t know how to sit down on chairs, and I hadn’t mastered control of my avatar yet either. My second offense began when I referred to Second Life as a game, because for most people Second Life is not a “game” to “play.” I was only fortunate that Meri, who sat patiently waiting for the interview to begin while I ran around in front of her, was so gracious with me.

To put it briefly, Second Life is a virtual, online world where users create avatars which can travel to worlds and lands (called Sims), participate in role-playing games, create and sell products, and socialize with other Second Life residents. When I explored, I ended up dancing at an ‘80s club called Big Daddy’s where the DJ played “Can’t Fight the Moonlight”and “I Love Rock & Roll.”

You'd be forgiven if you thought Second Life had met the same fate as other lost sites from the early aughts. Linden Lab, the 2003 creator of the multiplayer world, declined to give me current numbers, but in 2013 Second Life reported more than one million monthly users. More recent numbers from 2018 show that number has dropped significantly, to around half a million active monthly users. 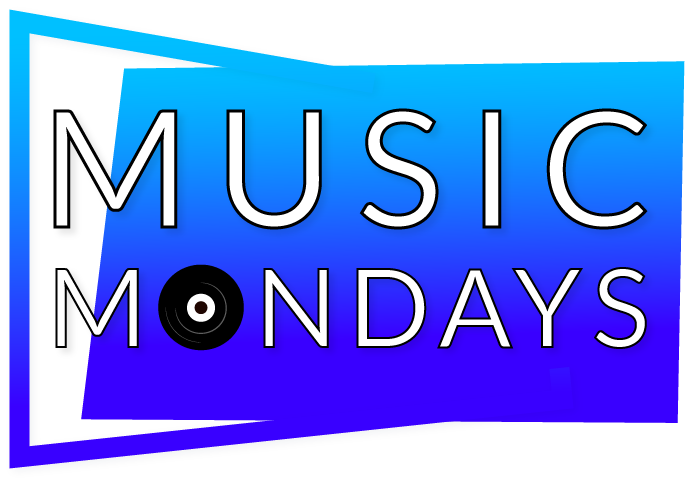 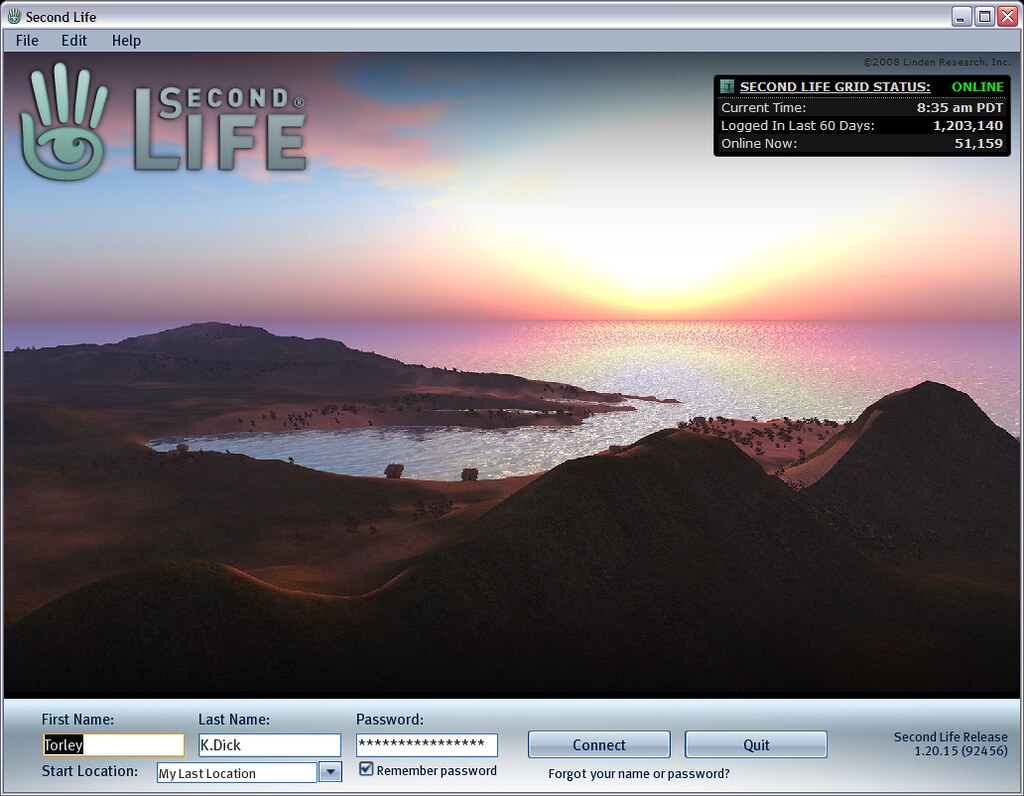 But in 2018, it was also piquing enough interest to (somewhat curiously) add nearly 350,000 new registrations monthly: people looking to make friends, or maybe just to troll. Maybe they joined because their first life is so great, they want a second one (à la Dwight from The Office). I spoke to a few Second Lifers, like Meri, who continue to spend an hour or two of their day running around the virtual world, in search of the enigma that keeps Second Life pulsing.

I met with Meri (who prefers to keep an air of anonymity — like most of those I spoke to) within Second Life, on the 1,024 square meter digital plot of property she shares with her partner Thom. They met in Second Life almost 12 years ago, when she teleported (the travel mode of choice) into an indie dance party. “I landed on his head and he looked really cool and I looked really stupid and newbie, and I ran away,” Meri told me. He came after her and they chatted — a rom-com meet-cute within a virtual world. Now, they’re taken their relationship offline and spend time together in the U.K. in addition to the Second Life universe.

It didn’t take long to discover that it’s relationships like these — whether love or friendship — that weave together the foundation of Second Life. Renetta Claven (her Avatar’s name, not her real name), now 26, joined when she was 16. Two weeks later, she met her now-boyfriend. Two years ago, she moved across the country to be with him. “My story is a super uncommon story, and I do not recommend this to anyone because what I did was stupid and crazy, but we knew each other strictly online only and we both lived on completely opposite sides of the country,” she told me. “Then just one day I was like, let's do something crazy.”

Though her boyfriend does not play much anymore (“He stopped playing a few years ago. He used to troll on Second Life; he used to go to Sims and make weird avatars and just mess with people,” she shared), most days Renetta logs on for an hour or two. “I do a lot of roleplay on Second Life, so I hang out in those sorts of communities, especially like Sci-fi roleplay.” What’s that? “It's a robot roleplay. They make a system that turns your avatar into a robot, so to speak. Like it gives it functions where you can add programming roles and all that. And other people can control you via a remote.”

“And there's a lot of really strange stuff, too. Exploration is probably the other big thing for me because there's just so much to see. You never see it all,” said Renetta.

Steve H., who has been on Second Life for about five years, lives in Arizona where he works for the local government. He met one of his best friends while working out at an in-world gym. It should be noted that no amount of running or weightlifting will change your avatar’s body — but then again that’s not the point. It’s the roleplaying component, and even more than that, it’s the social aspect, said Steve.

“There's a small group of 'regulars' at the gym I most often visit. Some of them are people I might share a friendly greeting with or a little small talk, but there are a few I'm genuinely glad to see and fall into regular conversations about life and news inside of Second Life,” he told me over messaging. Those great conversations have led to dates and the aforementioned friend, whose wedding he was a groomsman in in 2018. “His wife is bound and determined to 'set me up' with one of her friends; we'll see how that works out,” he said.

For Meri, she realizes how significant the friendships she’s made in Second Life are when they come up in her real life. “I'm talking to my mom and I'll say, ‘Oh yeah, my friend Pearl in Australia said that, or my friend Becker in North Carolina says [this],’” shared Meri, “So there are definitely people here that I've known years and who I'm in touch with in real life and who I wouldn't want to lose if anything happened to Second Life. I'd need to keep in touch with them.”

The title Second Life isn’t a misnomer. Those who I spoke to had full Second Life lives, filled with many of the same hobbies and activities one might enjoy in their first life. Meri, for example, is a music fan, and that was a big reason why she joined in 2007. “I like indie and alternative music and there was a really good range of indie and alternative clubs and DJs in Second Life,” she shared with me. Soon after, she managed one of those clubs, and eventually ran her own with her partner Thom that opened up every night for nine years. She also writes a Second Life fashion blog.

But like all things internet, there is an R-rated, darker side to Second Life. Though she wouldn’t go into detail, Meri told me there are some things in-world that “you have to try once.” She told me she and her partner once ended up in a group of users sitting in a circle, shaming their men. And Renetta shared with me the side of Second Life that explores kinks and fetishes. “You'll see places for monster girls, places that will turn you into slime, places that will kill you,” said Renetta. The semi-anonymous nature helps users release inhibitions to try anything, and the digital platform means nearly everything can be created. “If someone can imagine it, it has probably existed at some point on Second Life,” she continued.

After all these years, where a persona can be built on Twitter with a much larger audience, something about Second Life draws these people in instead. “In Second Life you can, for instance, you could see a girl in a club and say to her, just like you would a real life girl, ‘I love your hair.’ And then you get talking about other things and you become friends,” said Meri. “Whereas you don't really get that in Twitter because people post attitudes rather than giving a full account of their personality.” Of course, in Second Life it’s much easier to hide behind an Avatar rather than being who you are. “All you know is what they say and who they appear to be,” added Meri. But that also gives people the opportunity to explore sides of themselves they may not be able to otherwise. Meri told me that many people who are transitioning find a home for themselves in Second Life, where they live — virtually — as who they really are.

Second Life is what the internet was, and what it still is at its core. It’s a place to transform yourself, to be the person you wish you were or explore a part of you that exists. And in a world that’s increasingly lonely, it’s a lovely way to make friends — or, earnestly, to fall in love. It embodies the spirit of the internet in a strange, utopian way.

Meri put it best: “I think it gives you a really good perspective of life around the world and of the fact that we're really, not very different. We all want the same things.”