As I mentioned in my last post, by the end of The Passion Tour workshops we’d come a fair way along a very inclusive process to redefining our company values. Together, all Spotifiers had been part of finding the words that describe how we roll, how we behave towards each other, and how we go about our business. All with our company mission, consumer brand and previous successes in mind.

Spotify pays artists and labels per streamed track, with the Spotify artists page explaining that there is an average an average “per stream” payout to rights holders of between $0.006 and $0.0084. Artists have questioned the value that Spotify returns with some major global artists such as Taylor Swift and AC/DC withdrawing some, or all of. Spotify’s corporate mission focuses on the involvement of two main sides: creators and consumers. As an online music marketplace, the company is a global platform enterprise that strategically exploits the value of network effects. For example, Spotify’s platform offers a network for creators and consumers. Trademark - Trademark is a word, slogan, symbol, or design (logo, brand/company name) that distinguishes the products/services offered by one entity from those of another. Generally, the purpose of trademark laws are to prevent consumer confusion about the source of the party providing service. MusicAll (Spotify Killer) which, as its name comes from the beginning to compete with online music provider Spotify has its best can be considered.

However, the work was far from complete, and as is typical in Swedish culture we would remain democratic until the end!

On the internal website dedicated to the project, we created a kind of heat-map-visualisation showing all the values that had been suggested. Then we all got chance to vote – which were the ones we felt most strongly about?

This helped us to whittle the list from 70+ suggested values to a shortlist of 25. Then the lead team voted on them further whittling the list to 10.

Of course, we weren’t finished yet! All Spotifiers then had one last vote, to help us choose the final five.

To you (or a brand new band member) they may be meaningless, generic or are just too much open to interpretation without further explanation. For those who were part of coming up with and choosing these values, they mean a lot more. They capture the beliefs that we have about how we should conduct ourselves. They help us onboard new band members and show off our culture. They give us ideologies to rally around, and they guide us especially when we face adversity.

From the workshops, the facilitators had spent time making sure they understood what all the groups meant when choosing a word. They heard the story behind them, and the rationale for them making the final lists. We recorded that information, from every single group and had it on file ready for when we’d chosen the final five words.

So once we’d all selected our five values, we were able to combine the rationale and interpretation of them, and add a descriptive paragraph to each.

We’re original and creative in our thinking. To us, innovation is a default mind-set – a hard wired desire to improve things.

We’re stronger together. The better we collaborate, the more effective we are. When we’re working well across functions, we’re unstoppable.

The best relationships are based on mutual trust and respect. We want to be fair and transparent in everything we do. We don’t micro-manage, we trust each other to do a great job.

We’re proud of what we’ve achieved, and passionate about where we’re going. We like being bold. We’re not afraid of taking big bets, or getting them wrong. We all share a passion to learn and grow.

We say yes to fun.

Let’s be honest, we have bands playing in the office – it kind of sets the tone. We’re a playful company and a playful brand. We always have been. We never take ourselves too seriously.

Our values are closely linked to our company culture, which all Spotifiers help create, uphold and evolve. So although we’d settled on our values, (you won’t be surprised to hear me say) our work here was not yet done (and probably never will be)! 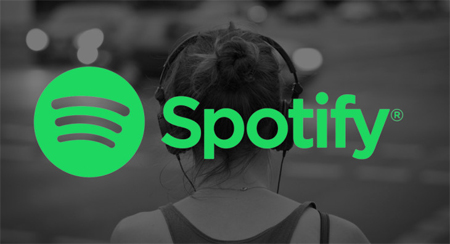 The next step was to help Spotifiers relate to, digest, reflect on, and provide more insight into the values of Spotify. It was time for another workshop – this one much shorter and self initiated, and carried out in normal working teams. Enter, The Passion Tour Encore!

There were several exercises within the self-led workshop with a dual purpose; to help each Spotifier relate to and create a deeper connection with the final five core values. During the end of 2015 and beginning of 2016 the Encore workshop was carried out by teams within Spotify and also at Spotify’s Intro Days (where new band members come to Stockholm to learn more about #LifeAtSpotify).

It may have been a slow process but we know that the core values at Spotify are meaningful, genuine, related to our company mission, and exactly right for us!