An Analysis of Scott Joplin’s The Entertainer: A Ragtime Two Step 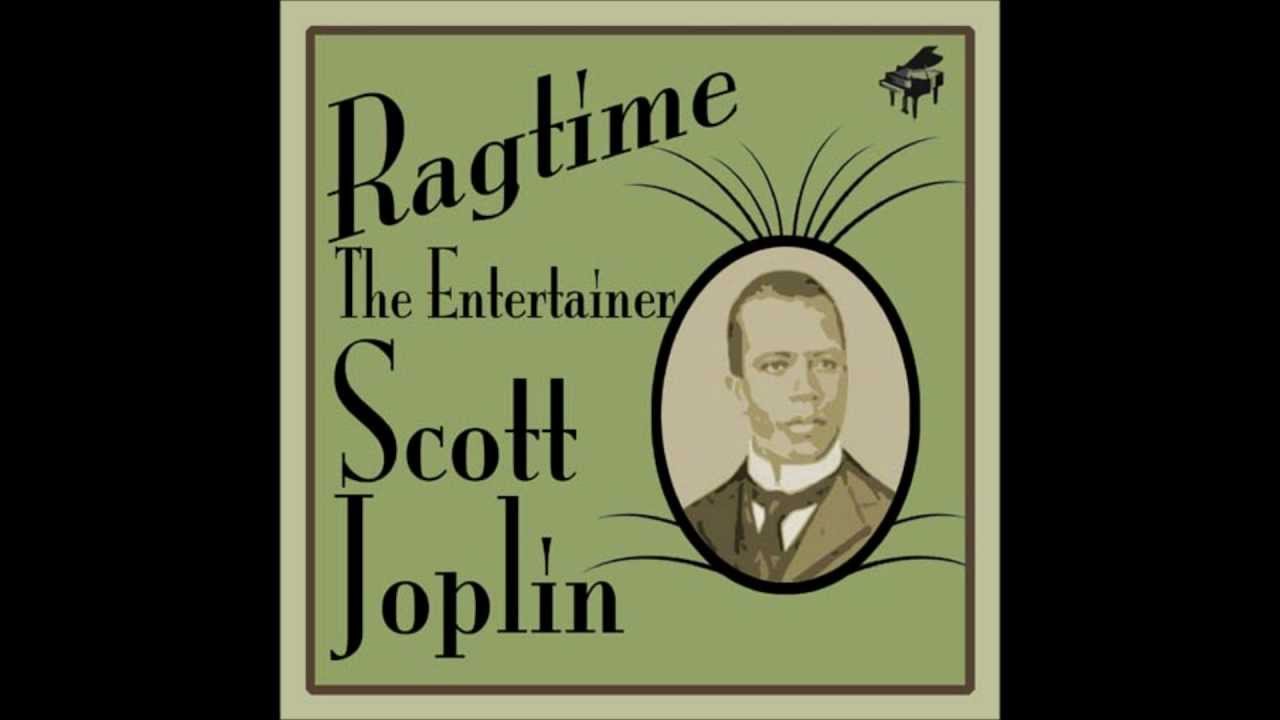 Ragtime compositions are intermingled with the rise of jazz and popular music during the late 19th century. As the romantic and contemporary musical eras became known for its specific contributions to music, ragtime composition set itself as purely an American composition, wherein it originated from African-American communities in the United States. Ragtime music established itself as a defining musical genre apart from its European counterparts. The structure of ragtime music are mostly based on jigs or marches; basically dance music with its unique African syncopation coupled with the strict musical structure from classical music.

Don't use plagiarized sources. Get Your Custom Essay on
An Analysis of Scott Joplin’s The Entertainer: A Ragtime Two Step

One of the best known and forerunners of ragtime composition was Scott Joplin. Born between 1867 of June or January of 1869, Joplin’s life coincided with the first generation of post-slavery era. The second eldest among six children, son of Florence Givins and Jiles Joplin in Texas, Scott Joplin began to show interest with the piano when his mother cleaned well-off homes where he would practice his music.

He was also born into a musical family, “Florence played the banjo and sang and Giles played the violin. Giles apparently taught his children the violin as well, for Scott, Robert, and William all played that instrument” (Berlin 1994, p. 6). By 1882 however, his mother had bought a piano which exposed his exceptional musical talent at a very early age, that German music teacher Julius Weiss gave the boy free piano lessons. Weiss was considered as the foremost influence in Joplin’s musical career because of his intent to expose the young Scott to European classical music, eventually leading him to compose a ‘classical’ genre of ragtime music.

For most of his adult life, Joplin spent touring the states and conducting performances. In 1902, Joplin composed his most popular pieces, The Maple Leaf Rag, Elite Syncopations as well as The Entertainer. However, at the time of his death, Joplin’s ragtime genre was quickly replaced by the rise of jazz and other forms of music. Ironically, it was not until the 1970’s that Joplin’s musical genius was receptively recognized by music critics around the world.

The Entertainer gained universal popularity when it was reintroduced in the 1970’s when the composition was used in the Oscar-winning movie The Sting. The whole melody of the piece is set to a dance rhythm; hence, a ‘two-step’ ragtime piece. The piece is set in the key of C major following a semi-rondo structure of AA BB A CC Intro DD. “The essence of The Entertainer A strain is the E-C alternation over changing harmonies, preceded by the D-D sharp pickup” (Berlin 1994, p. 107). The rondo structure starts first with the introduction and foremost theme with alternating C major notes followed by a succession of octaves that is evident throughout the AA-A-C structure. The theme may be simple, with merely the main theme alternating between two different themes. However, ragtime compositions generally follow a two or three theme structure, alternating from one theme to the other. Ragtime takes its roots from the western sonata variation where a theme (A) is replicated through a succession of ‘variations’ (A-AB-AC-AD…) while still utilizing the basic theme. The piece has a homophonic texture, where the G clef notation contains the melody while the bass clef contains support chords consisting of dyads, triads, and succession of octaves. The left-hand chords also provide a support melody, harmonizing with the main theme on the right hand.

The Entertainer did not receive much recognition until the ragtime revival of the 1970s. However, the piece represented the growing piano music structure as European music started to influence the United States. The Entertainer along with Joplin’s other compositions, became a symbol of ‘saloon’ music, as ragtime compositions were intended to be played on public places or social gatherings such as pubs, saloons, or private parties. Indeed, the piece resonate a ‘saloon’ feel; melodic yet simple in style as it provides a laid back and cheery dance feel. Ragtime music also characterizes the beginning of the Industrial age during the early 19th century. Before the popularity of jazz, The Entertainer and other ragtime pieces, defined an era in musical development.

bro all these comments are from 7 years ago ;-;

So many memories... I once played a shortened version of this song in under 15 seconds 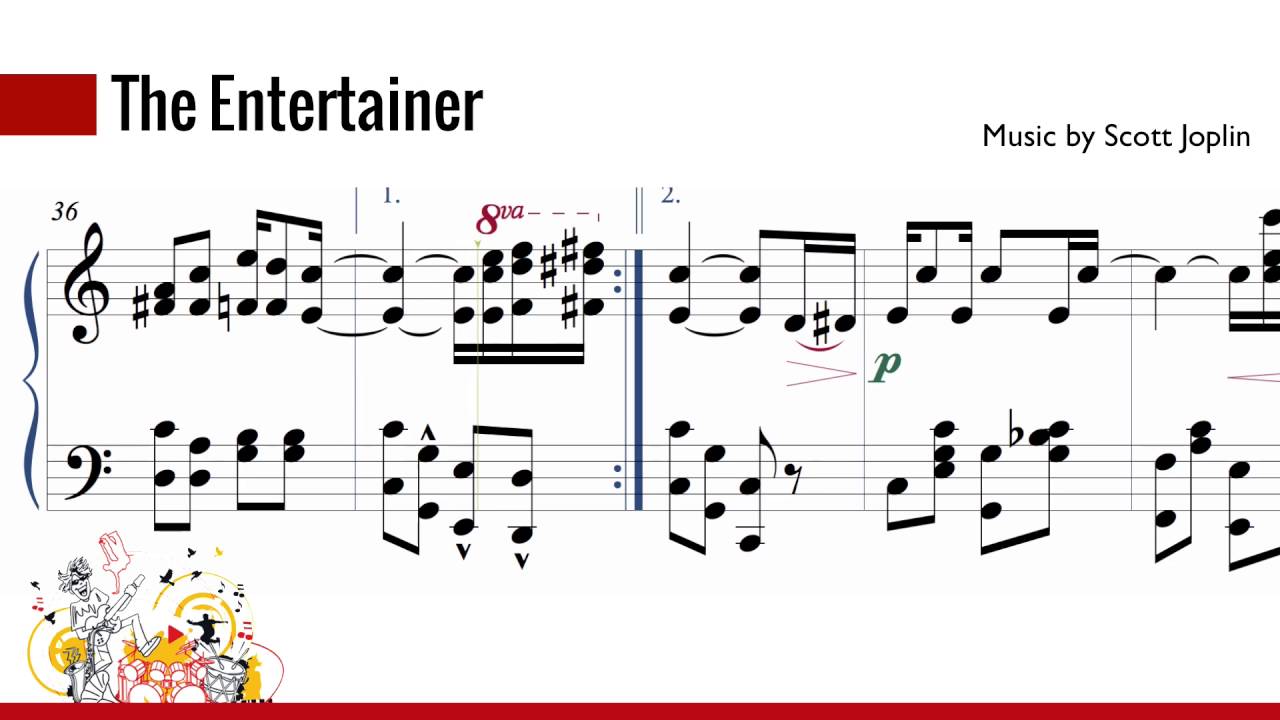 Can’t wait for his next album

@soren-lee-26332817: GJ if you actually can. If you cannot actually, train it. You will eventually get there.

@coulter-mckinley I as them to play louder me learning how to play this i was so proud

Boi i love this song yeee

dis bring me back to 90s

If only the world was good like it was back then. Before woodrow wilson instated jim crow, before ww1 and 2. No communism... just peace. 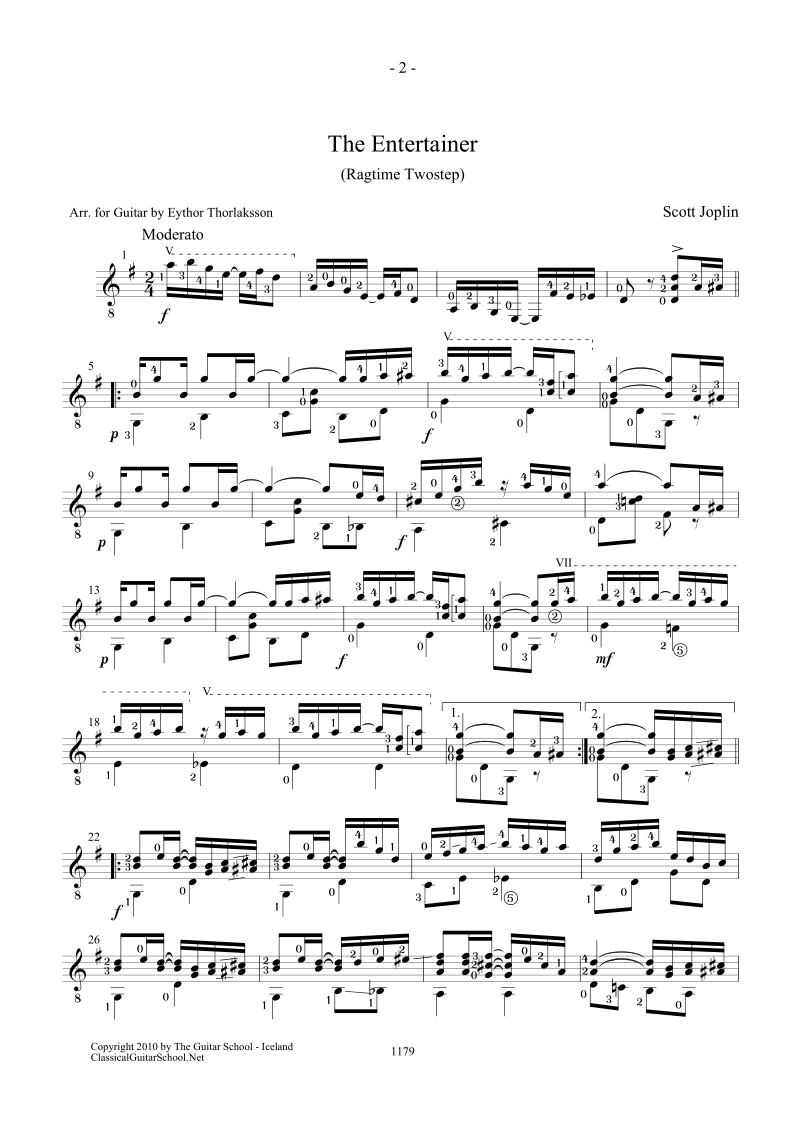 I can play this 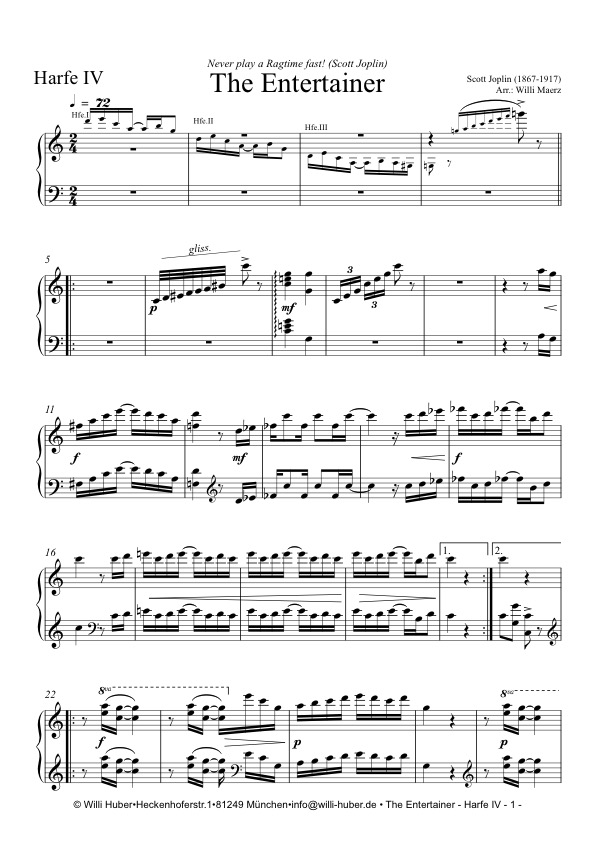 This song is alot harder to play then you think

wheres the chase seen that goes with this?

And thusly, we come upon a song of pure beauty and mercy-its excellence I do not deserve, and for this bliss, mine eyes doth weep...

I love this song