The World Health Organization estimates x-rays can help diagnose up to 80% of health conditions. With numbers like that, it’s no wonder x-rays are used so heavily in the medical profession. As you may know, however, x-rays are a form of radiation. And radiation exposure can lead to a number of health issues.

50-60 kVp; 3-5 mAs; SID. No; Image technical evaluation. The distal fibula should be slightly superimposed the distal tibia. The lateral and medial malleoli of the distal fibula and tibia are in profile. The tibiotalar joint space should be open, yet the full mortise joint should not be visualized on the AP. Practical points. Measure of the detector response to radiation in the relevant image region of an image acquired with a digital X-Ray imaging system as defined in IEC 62494-1. Note A string rather than binary Value Representation is used for this Attribute, in order to allow the sender to control the precision of the value as suggested in the report of AAPM.

So are x-rays really safe? How much radiation are you exposed to during a single imaging procedure?

X-rays are used to take images of a patient’s bone and tissue. They can reveal a great deal of important information, as they allow medical professionals to catch a glimpse of our insides, and to diagnose broken bones and even cancerous masses. For all their benefits, however, it’s worth noting that x-rays are also a form of ionizing radiation. So what does that mean for your health?

When you hear about atom bombs, nuclear energy, x-rays, and ultraviolet light, you are hearing about different forms of ionizing radiation. To learn more about these different types of radiation, see our in-depth guide to EMF radiation. For now, though, all you really need to know is that x-ray radiation is different from the EMF radiation we typically talk about. 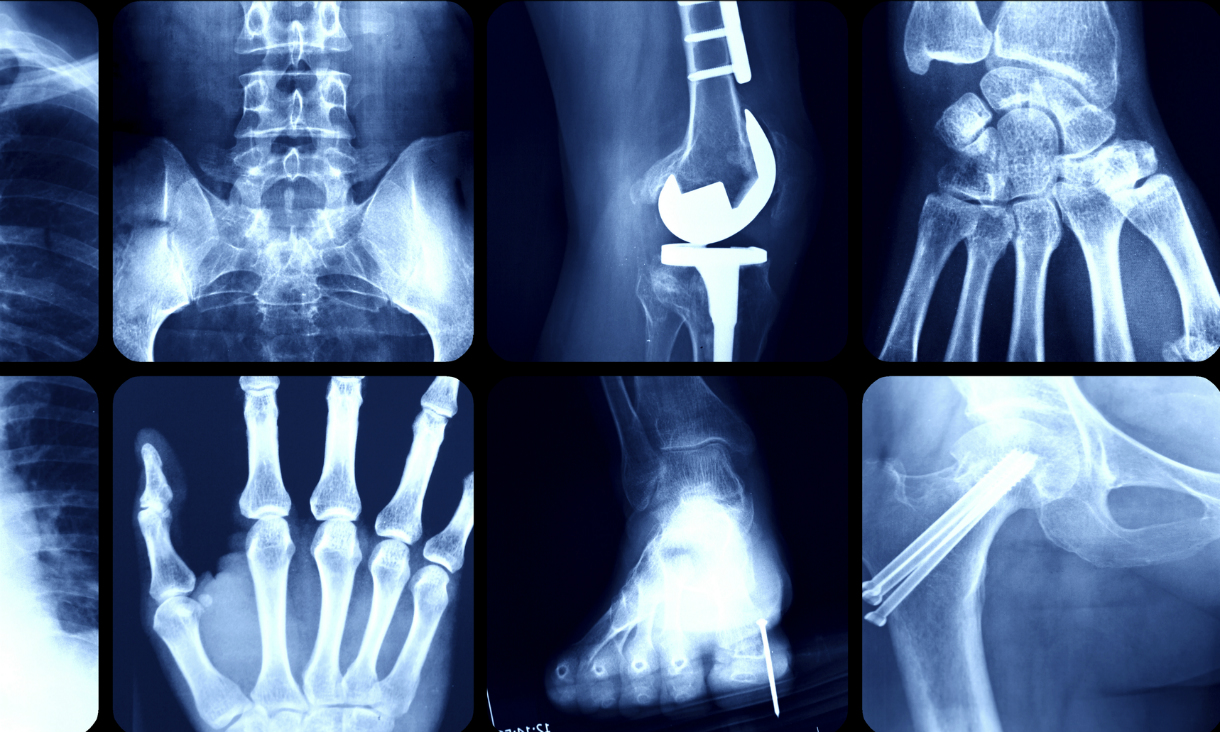 A person’s average effective radiation dose from natural sources is somewhere around 3mSv per year. Those living at higher altitudes and frequent flyers have slightly higher average doses. When looking at x-ray radiation doses, it can be helpful to compare them to the equivalent amount of natural background radiation for perspective.

A hand or foot x-ray is relatively harmless compared to a lower GI x-ray, done with a barium enema. In fact, you would need about 8,000 hand and foot x-rays to achieve the same radiation dosage as one lower GI x-ray.

Effects of x-ray radiation on your health

According to the Mayo Clinic, radiation-induced health risks occur mostly at exposure levels of above 100mSv — levels seen after nuclear meltdowns and atomic bombs. If you recall from the chart, a lower GI x-ray resulted in an exposure of 8mSv. These higher levels have been shown to cause cancer.

At doses of around 10mSv — so fairly close to that of a lower GI x-ray — there is some indication that an individual’s cancer risk increases. Levels below 10mSv haven’t been studied thoroughly. There are too many other factors that can influence an individual’s cancer risk to accurately study the effects of radiation at smaller doses. Most x-rays produce smaller amounts of radiation, therefore it’s difficult to say for certain what the long-term effects of exposure may be.

In all likelihood, your risk of developing cancer from x-ray radiation increases with each x-ray you receive. If you receive multiple lower GI x-rays, for example, your cumulative effective radiation dose will become much higher than just 8mSv.

Protecting yourself from x-ray radiation

When you get an x-ray, your doctor will usually make you put on a medical gown and remove any jewelry. You may be asked to place a lead sheet over parts of your body not being x-rayed, in order to protect them from radiation. Following those directions and placing the sheet where your doctor asks is one way to help reduce your exposure to x-ray radiation.

If you know you are going to be receiving an x-ray, you may also want to start a supplement routine. There are several supplements and herbs you can take that help your body protect itself against radiation exposure, such as reishi and spirulina. Ideally, begin your supplement regimen at least two weeks prior to your x-ray — a single dosage right beforehand probably won’t be effective.

X-rays are sometimes an inescapable part of life. Accidents and health conditions sometimes necessitate imaging procedures, and oftentimes the diagnostic benefits outweigh the risks. That being said, following your doctor’s directions during the procedure and taking supplements beforehand may help minimize those risks as much as possible.